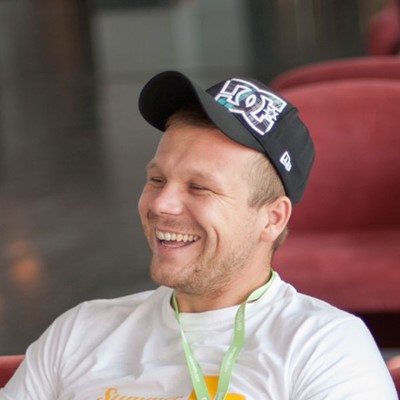 Do you know how many designers and developers still think that UX is a myth? You would be amazed! But, let’s not dwell, we can change their mind instead. We live in a digital world where everyone can offer a certain type of service, but there’s that small gap that shows the disparity between good and bad delivery. Your app is a collection of tiny details, and if your main goal is to have satisfied users - you’ll be interested to hear why UI/UX is the foundation of your application success.

Antonio Perić-Mažar is CEO at Locastic digital agency, based in beautiful Croatian city called Split. Their main focus is to build complex mobile and web platforms for different clients that range from startups to enterprise companies from all over the globe.

He is a proud backend developer that moved into a managerial role after founding Locastic in 2011, since, in a very short period of time the team has grown and they became very popular in the development world.

He is quite a proactive guy - as he is one of the founders of the largest regional Blockchain Conference, he is hosting a free monthly Meetup event in Split, also recently he fell in love with Esports as he owns the best Croatian Counter-Strike team.