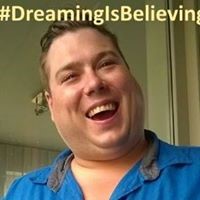 Are all software developers the same? Do all software developers make the same choices? Or are some of them having more worries or just think in a unique way? Yes! of course. There is a group of software developers who are autistic. It can be people with an ASD (Autism Spectrum Disorder) diagnose. But there also a lot of people with autism missing an official diagnose. Some people are just fighting more than others for getting things done. In this talk, Dennie tries to cover how the tech world is for him, as a person with autism. He is in tech for about 10 years. In fact, sometimes he feel differences between him and other people in tech. Besides his tech roll in life, He is responsible for a self – a support group of people with autism. Of course, He is not only telling about himself. He cover also lessons learned from other people with autism in tech. He talk about unique thoughts, strict decisions and anxiety for changes like updating an environment or trying to complete new classes can be hard for people like himself. The same for a lot of things! Fasten your seatbelt and have a flight into the world of autism in tech.

Dennie is Microsoft MVP Developer Technologies and has experience in accessibility in with Microsoft technologies. In daily life Dennie is president and developer at DDSoft, a nonprofit in function of People With Disabilities. Dennie invented technical solutions and systems to help people with disabilities to participate in their daily life. Thanks to his autism he's the right man at the right spot to contribute as a volunteer in function of people with disabilities.