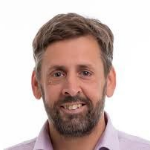 With the number of technologies, lanaguages and platforms that is part of most projects today just keeps on increasing, beginning work on a new project can be daunting. We often end up spending a lot of time installing the correct version of SDK's and build tools until we can make the project build and run. And then we have the same requirements for our build environment, and too often we find that build failures are due to differences between the local development machines and the build server environment,

In this session you will learn how to use Docker to define and run your builds both locally and on the build server. By describing your builds in Dockerfile we can make sure that it will build anywhere, without any other dependencies than Docker. We will also look at how we can run build agents inside a Docker container to make sure that our build infrastructure is immutable and reliable.

Jakob has 20 years of experience with professional software development, and currently works at Active Solution, specializing in DevOps and cloud architecture.

Jakob is a Microsoft Azure MVP a Visual Studio DevOps Ranger. He speaks regularly at different conferences and user groups, such as DevSum, Tech Days, SweTugg and NDC.