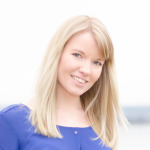 From complete chaos to Octopus Deploy

How do you automate the non-existing deployment routines of an organization with over 100 different customers, each having their own environments? How do you convince the leaders, developers and customers to give you the resources needed in order to automate everything? Is it really possible to introduce a routine that works for everyone?

In less than six months, Karoline transformed the deployment routines at Epinova by introducing Octopus Deploy to the organization. She will take you through the steps needed to get started, the pitfalls along the way, and success that Octopus Deploy has become.

Karoline Klever is a .NET developer and consultant working at Epinova. She is a Microsoft Certified Solution Developer and has a passion for web development. Karoline is part of the Research and Development team at Epinova, and for the past year she has been an active conference speaker.