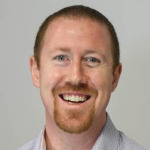 The web is a funny old place. You create a wonderful application, deploy it for the world to see and then everybody just wants to break it.

This session will show you some of the common security mistakes made by developers and how to avoid them. There will be (possibly frightening) demos with code in C#.

The talk is targeting an audience of web developers but even if you are not a web developer some of the parts of the talk will be handy. It only assumes knowledge of web programming, basic security concepts, a working brain and sense of humour.

Niall is an Irish guy who managed to end up in Norway after finding out the country existed when he was in New Zealand. He works in Capgemini in Stavanger, Norway as their Head of Custom Software Development, and is also an Microsoft ASP.NET MVP since 2010, Friend Of RedGate and general rugby nut (which means he shouts a lot). He has a passion for web technologies, security and whiskey which can lead to some interesting discussions. He can be found on twitter as @nmerrigan and hosts a blog at http://www.certsandprogs.com